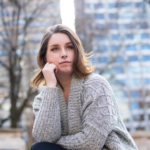 As a saxophonist and loyal advocate for the arts, Sarah Leonard is committed to expanding the audiences for jazz. Sarah brings an extensive background to JLP through her work with other organizations such as Jazz at Lincoln Center, The Catskill Jazz Factory, DL Media Music, and The Jazz Drama Program. Sarah holds a degree in Finance from Temple University’s Fox School of Business. Sarah believes that jazz is about bringing people together and recognizes the potential to bring jazz music to larger audiences. 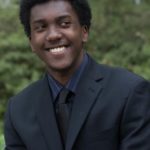 Saxophonist Joshua Lee is a graduate of Temple University’s Boyer College of Music with a degree in jazz performance and is working for his masters in Music Education. Joshua brings experience gained from performing throughout the east coast with The Count Basie Orchestra, The Vanguard Jazz Orchestra, Jazz Orchestra of Philadelphia, and many more. He leads projects of his own that represent Jazz Lives Philadelphia: Josh Lee and the Family, The Life Brass Band, and the Jazz Lives Philadelphia Big Band. Joshua is devoted to bringing his love of jazz to the masses—young and old alike. 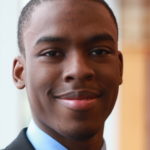 Eric is a graduate of Temple University’s Fox School of Business, where he earned a degree in Marketing (B.B.A.) with a minor in Management Information Systems. He brings industry experience from working with Jazz House Kids, a non-profit, headed by Philadelphia-native Christian McBride, whose mission is to bring jazz education to the schools and communities of northern New Jersey. Eric also brings business acumen from working as the Marketing and Branding intern for EnviroOne, a non-profit focused on helping those in need in Sierra Leone, and as an Account Manager at Premiere Brand, a full service marketing agency in downtown Philadelphia. Eric is also a saxophonist and under the mentorship of Tim Warfield, Bruce Williams, Terell Stafford, and Dick Oatts. He performs regularly in Philadelphia. 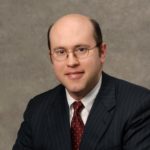 Advising Attorney to the Board

Michael is the Managing Partner of the Law Office of Michael E. Adler. He focuses his practice on the representation of publicly-traded and privately-held corporations, restaurants, developers, and property and financial management companies in complex commercial and litigation matters, including insurance, real estate, and contract issues. 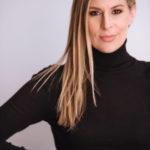 Candace Kilstein is an entrepreneur and marketing consultant who has worked in various positions within the entrepreneurial and entertainment industries. She has served as the Executive Director of the Pennsylvania Film Industry Association, Director of Communications for the Angel Venture Fair and as VP of Film Education for Saxon on Film promoting eight-time Academy Award winning producer Ed Saxon. She is currently the entrepreneur in residence for Temple University’s Women’s Entrepreneurship Organization at the Fox School of Business. Candace holds a B.A. in Entrepreneurship and Marketing with a minor in Economics from Temple University. 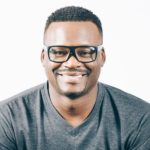 Malik Boyd joined the Jazz Lives Philadelphia board with a decade of noted success in marketing at the senior management level.  Malik brings an inaluable mix of passion, creativity, and execution. Rooted in the entertainment business, most notably as a music artist, Malik made a mark through his ability to navigate cross promotional opportunities, impressively founding and managing one of the longest running weekly live music showcases in Philadelphia. Always focused on the big picture, Malik is passionate about driving home the importance of education and the vast opportunities present in entrepreneurship. His skills include creative design and brand architecture, allowing him to apply his unique creativity to programs for respected industry leaders like Wells Fargo, The City of Philadelphia, Diageo (Cuervo Black), The National Black MBA Association, Philadelphia Parking Authority, PangoUSA, and various national, state, and local elected officials, and more. 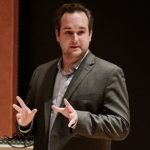 Seton Hawkins serves as Director of Public Programs and Education Resources at Jazz at Lincoln Center. At JALC, Seton oversaw the creation and expansion of the Jazz Academy media library, creating the largest free video library in the world dedicated to jazz pedagogy. He leads the organization’s Swing University teaching initiative, while also hosting all Listening Parties and public programs and giving free pre-concert lectures before major shows in Rose Theater and Appel Room. additionally, Seton has worked as a producer, manager, publicist, radio DJ, and jazz advocate for over a decade. As a freelance agent, he served legendary artists including Buster Williams, Onaje Allan Gumbs, Sathima Bea Benjamin, and Michele Rosewoman, and produced a wide range of concerts and recordings. He has written extensively for Hot House Jazz and AllAboutJazz.com, with a particular emphasis on the Jazz scene of South Africa. Seton received a B.A. in Music from Columbia University and an M.B.A. from Babson College. 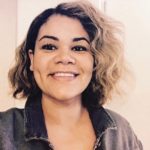 Rachel Greenberg is a proud Philadelphian, music enthusiast and devoted crusader of the arts. She is fully committed to serving Philadelphia’s music legacy and culture through championing movements in music education and live entertainment. Since graduating Temple University in 2007, she has worked within Philadelphia’s burgeoning music scene; producing a variety of concerts, fundraisers and art exhibitions. Rachel also had the experience of working as Review Coordinator for Okayplayer.com in Brooklyn, NYC. In addition to her music industry experience, Rachel also served as Events Associate for United Cerebral Palsy, adding valuable non-profit experience to JLP. Currently Rachel handles Booking for local acts Killiam Shakespeare and Chalk and the Beige Americans. Rachel prides herself on producing events which focus on supporting local musicians and organizations. She is honored to serve on the board for JLP. “Jazz is life. It’s the music I grew up listening to, it’s the music my mother loves.” 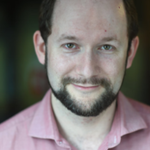 Giacomo Cesareo, a native of Northeastern Pennsylvania (not too far from the Dorsey Brother’s home town), is a specialist in Social Psychology with an emphasis on cultural relations and international business. Compassion is his mantra. He graduated from Temple University in 2006 with a degree in International Business and Finance. As a student, Giacomo had opportunities to live and work in Brazil, Italy, and France. His experiences led to the beginning of his career by assisting American and foreign students to realize their aspirations of studying abroad. Professionally, Giacomo directs People Operations for a multinational IT Services and product company, CI&T. His professional goal is to make great places to work.

Personally, Mr. Cesareo has a strong affinity to Temple University. He is a dedicated supporter of alumni and university initiatives. He has served on numerous committees and has led several groups, most recently the Fox School of Business’ Alumni Association where he was responsible for strategic vision and engagement of the school’s 60,000+ alumni. He also serves as Secretary and Member of the Board of Trustees at the International House Philadelphia. Musically, Giacomo has played saxophone for over 20 years. His favorite jazz musician is Archie Shepp.